The Online LECTURE SERIES HAS ENDED for 2022 Winter/SprinG

Please join us at our In-Person Summer/Fall Forays or the year-round virtual forays on Tuesday nights. 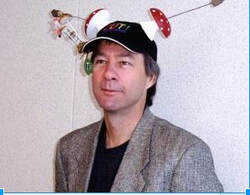 Friday April 15, 2022 7:00pm
Foraging for Mushrooms; Learn Your Toxic Species!
There is a surging interest in wild mushrooms and foraging for edibles. The Northeast’s abundant mushrooms offer a supply of locally sourced, tasty food. Many people are taking to the woods in search of edible mushrooms to eat and share with their families. Unfortunately, The Northern New England Poison Center has seen a corresponding increase in calls involving poisonous mushrooms concerning people experiencing a range of unpleasant and sometimes serious symptoms. Anyone collecting mushrooms for food must learn the toxic species with the same enthusiasm as the edible ones. This presentation will explore the Northeast’s poisonous mushrooms and the common edible ones that may resemble them, concentrating on recent upturns in poisoning cases.
Speaker: Greg Marley has been collecting, studying, eating, growing and teaching mushrooms for almost 50 years. He spreads his love of mushrooms to hundreds through walks, talks and classes across the New England. Marley is the author of Mushrooms for Health; Medicinal Secrets of Northeastern Fungi, (Downeast Books , 2009) and the award-winning Chanterelle Dreams, Amanita Nightmares; The Love, Lore and Mystique of Mushrooms, (Chelsea Green, 2010). As a volunteer mushroom identification consultant to Poison Centers across New England he provides expertise in mushroom poisoning cases. When not mushrooming, Marley works as a mental health clinician and consultant specializing in suicide prevention. 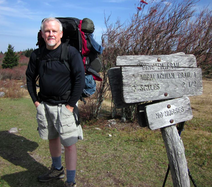 Friday March 25 2022 7:00pm
Agaricus of North America
An introduction to the Agaricus genus and how it is organized taxonomically and phylogenetically, followed by a series of interesting or representative examples of species in North America.  Where possible, emphasis will be placed on species in Northeastern North America.
Speaker: Richard W. Kerrigan
Richard W. Kerrigan was born and raised in California. He became interested in Agaricus in 1971, after meeting David Arora while both were undergraduates at the University of California, Santa Cruz. He earned a bachelor’s and a master’s degree at San Francisco State University (1976, 1982, with mentor Harry Thiers), a doctorate from University of California, Santa Barbara (1989), and was a postdoctoral fellow at the University of Toronto (1989-1991). From 1991-2017, Kerrigan held the position of Director of Research, U.S.A., with Sylvan Inc., the world’s leading producer of cultivated mushroom spawn, where he worked on breeding improved strains of cultivated mushrooms. His study of the diversity, taxonomy, systematics and phylogeny of wild species of Agaricus continues as a separate, independent area of research now extending over 50 years.
Machiel worked most of his career at the Rijksherbarium, Leiden (later National Herbarium of the Netherlands, and now Naturalis Biodiversity Centre), with a 4-years break as head of the mycology department of the Plant Protection Service, Wageningen, The Netherlands. Machiel is specialist in the taxonomy of Agaricales and Boletes, with a strong focus on Entoloma sensu lato, various white spored genera in the Tricholomataceae sensu lato, Lactarius and Boleti. He is Editor of the Flora agaricina neerlandica, a critical flora of Agarics and Boleti in the Netherlands and Western Europe, of which 7 volumes have been published to date. He has published numerous articles and a series of monographs, cooperates with many specialists all over the world. He retired in 2011 but remains very active. Currently, he is involved in a complete revision of his work on European Entoloma based on phylogenetic studies. Besides his taxonomic work, Machiel is also very active in the Netherlands Mycological Society. He is scientific supervisor of a citizen science project called Network Ecological Monitoring, an initiative of the European Union to monitor the status of biodiversity in the so-called Natura 2000 biodiversity reserves.
Friday February 25 2022 7:00pm
Money in the Bankeraceae; Taking a Bite Into Tooth Fungi
Noah Siegel will explore the Bankeraceae, a group of tooth fungi that include Hydnellum, Sarcodon, Phellodon and Bankera, including the latest changes, and tips on identification of this tricky group.